This unique research activity is financed Technological agency of the Czech Republic and three private companies. The project is planned into your years and two main phases. In the first one the aim is to create a simulator of fetal electrocardiogram (EKG) which will be able to make signals resembling to the ones of a pregnant woman. It is a follow-up to a previous research during which an special software generator of signals arose. This simulator is a part of phantom of fetal electrocardiogram that is patented by the research team.

The developed technologies will serve to model of electric activity of fetus´s heart and mother including risk conditions, various positions and gestational age of fetus, uterine contractions, multiple pregnancy etc. This machine can shift the testing of algorithms and monitoring devices because it will be designed to be compatible with current technologies used in medical care now. In future it can serve as a simulator of pregnant woman´s body for training of medical workers.

The technology of the phantom represents a necessary step for realization of prototype of home fetus monitor whose creation is the main aim in the second phase of the project. The home monitor based on fetal electrocardiography make a mother able to screen an unborn baby comfotably at home.  A continual monitoring can be used to catch better heart rhythm disorders (cardiac arrhythmia) or confirm, it means an adult issue so called EKG Holter. Important is that this examination is non-invasive, running on battery power, screening of signals is passive and the fetus as well as pregnant woman is not bothered by this. 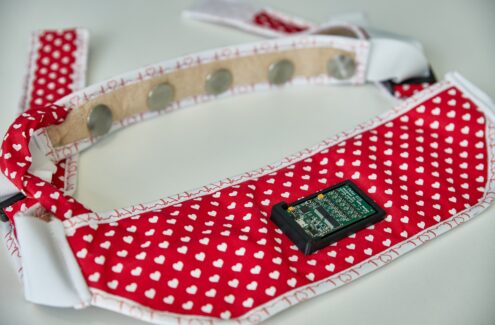 I want to study at FEI, I want to submit application.

“I studied at FEI”

Frankly speaking, my study at FEI was more than demanding. Besides this FEI is very high quality education instituion that is able to offer wide perspective and a lot of opportunities.

Cookies - manage consent
In order to provide you with the best possible service, we use technologies such as cookies to store and/or access information about your device. Consenting to these technologies allows us to process data such as browsing behavior or unique IDs on this site. Not consenting or withdrawing consent may adversely affect certain features and functionality.
Manage options Manage services Manage vendors Read more about these purposes
Preferences
{title} {title} {title}